Sir George Gipps allowed the Sisters to give religious instruction at the Female Factory at Parramatta. They also taught children at Parramatta, at the Catholic Orphan School in Waverley, and then later at other Catholic schools in Sydney. At the same time they also visited the sick in their homes and government institutions. Only convicts and soldiers had access to the latter. People of means could pay doctors to visit them, but there were no resources for the poor. As soon as funds could be raised, the Sisters opened their own small hospital in 1857 in what was then known as Woolloomooloo Heights (now Potts Point) and no barrier of race or creed excluded the poor. The first honorary medical doctor engaged was a Protestant. In 1858 St Vincent’s College opened in the same building at Wooloomooloo. The hospital so obviously filled a need that it moved to bigger premises at Darlinghurst in 1870. Soon after the Sisters arrived in Australia, other young women joined them in their works. The poverty in which the Sisters lived meant that some died young of consumption and other illnesses. Also, three of the original five went to Hobart in 1847, where they visited female convicts, cared for the sick and taught children at the Queen’s Orphan School. Adult education was also important in the early days as literacy meant employment.

Poverty restricted the Sisters’ activities, since the Congregation could not afford a carriage and had to employ a collector to seek donations. Whereas in Ireland, no one was accepted who did not bring with her a substantial contribution to the funds of the Congregation, in Australia many were admitted without this prerequisite. 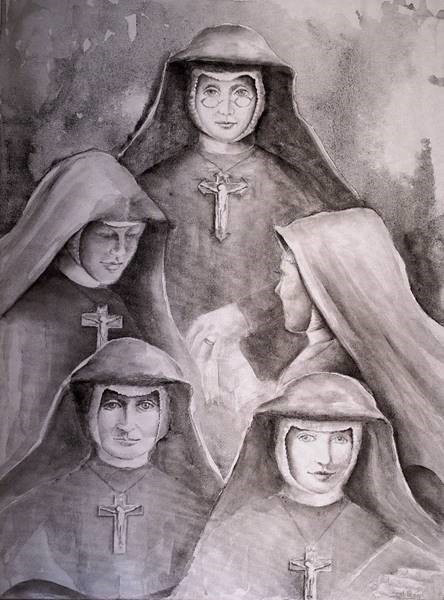